The Asian Football Confederation rescheduled the AFC Champions League knockout stage this year. Also, teams will play a single leg in centralized locations to minimize traveling during the pandemic.

They scrapped the home and away format for a single leg. So, initially, the round of 16 matches will be a single-elimination phase. Also, the quarterfinals and beyond would be played in two legs. 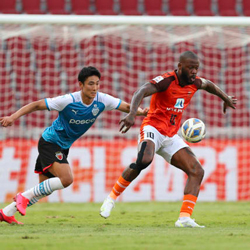 All matches will take place in a single venue for each region. The final game will be on November 23. Also, the AFC will accept bids from West Region association members to host the final match. At present, the group matches are held in centralized locations.

As per the best gambling websites, the AFC Champions League increased the number of participating clubs from 32 teams to 40. Also, the ten group winners and the top three second placers from each region will qualify for the round of 16.

Daegu FC is preparing for its match against Kawasaki on Thursday. A win would give Daegu the chance to overtake the J1 League champs in Group I. Thus, they would have a better position to qualify for the round of 16.