Thanksgiving weekend is a popular time to watch NFL football and this year is no exception! Even though the NFL rankings are almost set in stone, the football betting action never stops.  This weekend we give you a sports betting pick between the top team in the NFC South. Therefore, we give you our Bears vs Packers Betting Pick to help you win your bet this Sunday.

According to the latest sports betting odds, the Green Bay Packers currently dominate the NFL North.  However, the Chicago Bears are only two games behind in the quest to dominate their NFL Division. However, the Bears are at a disadvantage since they will be the away team and could use all of the help they can get. 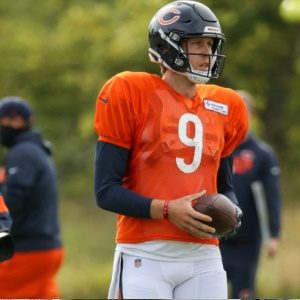 The Chicago Bears will be on the road for this matchup as they travel to Lambeau Field in Green Bay Wisconsin. Furthermore, they Bears are coming off from a Bye week which means they are fresh and ready to rumble. However, the are coming back to play after losing 19-13 to the Minnesota Vikings during Week 10.

In addition, Chicago is on a 4-game losing streak and that will greatly affect their moral. Thus, football betting experts know that this will take a toll on their playing. In addition, their quarterback, Nick Foles remains on the injury list. Even though they said the injury is not serious, it is still unknown if he will be playing on Sunday.

On the other hand, Chicago still has David Montgomery as their leading rusher with 472 years and one touchdown. Furthermore, they have receiver Allen Robinson III with 755 yards and three touchdowns receptions.

Will this be enough to defeat the Green Bay Packers?  At the moment, they lead their division with a 7-3 record. However, they lost their last game 34-31 in overtime to the Indianapolis Colts. Aaron Rodgers so far has 2,889 yards with 29 touchdowns and four interceptions.  Thus, they are in good shape in terms of offensive power.

Unfortunately, their defense could use some improvement after they gave up 420 yards against the Colts.

The Green Bay Packers are looking for a Super Bowl and want to redeem themselves after losing to Indianapolis. Thus, they certainly have the overall advantage over Chicago. This is because Chicago is on a losing streak and may have a different quarterback for the game. In addition, Chicago has not been able to cover the spread in their last 13 games against the Packers.