When it comes to football, some players prefer college football, and others wager on NFL games. However, they probably have some action from Saturday to Monday. Knowing the differences between college and NFL football betting for casual players will improve their sports wagering experience. 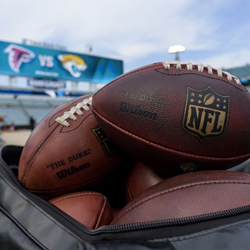 One difference between college and NFL football is the talent gap. In the NFL, the worst and best teams might have talent gaps. However, you can expect upsets to happen from time to time. On the other hand, you can expect a blowout when the top college team faces the worst team. You can find the best and worst teams in college football by reading sports news.

According to sports betting reviews and news sites, college teams make more mistakes than their professional counterparts. So when betting on NFL games, you can pick the team based on the team that’s more likely to make more mistakes. On the other hand, you should assume that both would make mistakes in a college game.

Another thing to keep in mind is the importance of veterans in the roster. In college football, players can stay with the team for a maximum of four years. If the player is good, he will join the NFL before completing four years. In the NFL, veterans play a massive part in a team’s success.

NFL lines attract more action than college football. As a result, bookies spend more time setting lines for professional football games. Also, bookies can correct NFL lines right away. That’s not the case with college football lines because handicappers are too busy with their NFL lines.