Son Heung-min, the South Korean football star and Tottenham forward will be coming back to London next week. This is because the latest sports news headline said, Son Heung-min Completes his Military Service Obligations after three weeks.

For the Tottenham Hotspur soccer betting fans, this is great news as he is an essential part of the team. Despite the delays in restarting the season, it is imperative for them to have Son Heung-min close at hand. Thus, they are looking forward to his return to the UK. 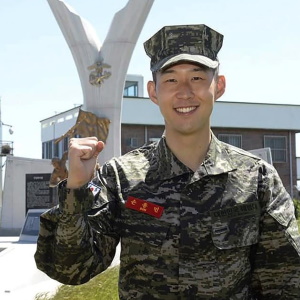 According to sports forums, the 27-year old footballer has been serving his military obligation on the island of Jeju. In South Korea, males must serve their National Service Obligations before they turn 28 and serve for 21 months. However, exemptions can be made when an athlete becomes part of his national team.  Therefore, Son Heung-min only had to serve three weeks of military service after the South Korean National Football team won the 2018 Asian Games.

Some say that the COVID-19 pandemic did Son Heung-min a favor.  This is because he thought he would miss the entire season of the Premier League because of his broken arm. However, because of the postponement of the season, he will now be able to finish the season once it restarts.

According to Bookie Software Solutions, the Premiere league will hopefully start again in early June.  Thus, this month teams are back in training. However, Son Heung-min will still have to undergo a self-quarantine once he arrives to the UK.

Bet on Soccer with VOBET, the best sportsbook in the World!