James Harden has a hot start this season. However, his team hit UNDER in five of their last six games. They will face the Clippers, who got UNDER in six of their previous seven games. Sports open debate forums are expecting the low-scoring trend to continue in the Clippers vs Rockets game.

Both teams have a record of 7-3 coming into the game. Although they both have superstars in their roster, they have problems with their backcourt. Both sides are evenly matched that either team can win the game. The Rockets are 1-point favorites for being the home team. 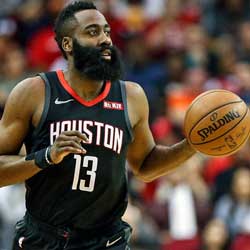 Basketball betting fans are expecting Los Angeles to have a good game after beating Kawhi Leonard’s former team last Monday. However, Paul George will remain inactive. He is scheduled to debut in the game against New Orleans on Thursday.

Although Leonard shot a dismal 2 out of 11 from the field, he was a single assist away from a triple-double. Also, the Clippers held the Raptors to just ten points in the final quarter. They can test their defense once again in the Clippers vs Rockets game.

The Rockets have the highest-scoring offense. Also, the Clippers will be missing Landry Shamet due to an ankle sprain. Harden is scoring many points with an average of 37.3 points in the first ten games this season.

Russell Westbrook needs to step up as the Rockets will miss the services of Eric Gordon, who is out due to knee surgery. Harden will have a hard time with Leonard guarding him throughout the game.

Our sports betting prediction is on the Los Angeles Clippers. They are 6-2 ATS in the last eight games against the Rockets.