Tonight, the Tampa Bay Rays will be trying to even out this 4-game series against the New York Yankees. In Game 2, the Rays will try to turn things around after losing to the Yankees last night 7-2.  One thing they have going for them is that they will be playing on their home turf at Tropicana Field. However, is this enough to defeat the mighty Yankees?  Let’s find out with our Yankees vs Rays Betting Pick and analysis from our baseball gambling experts.

In this MLB matchup, the baseball betting websites have the Rays as the favorite team to win. Initially, the open betting odds had the Yankees as a -132 favorite but quickly became in favor of the Rays. This is one instance where you could have made a good profit from betting early. While they are the favorite, the public opinion is that they will cover the 1.5 run line. This is why the odds have the Rays at +170 on the run line while the Yankees are at -200.

Yankees vs Rays Betting Prediction and Analysis for 05/27/2022 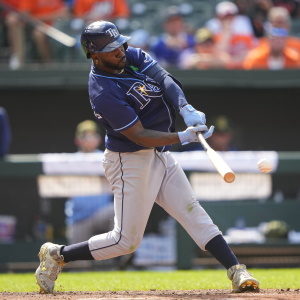 In this battle between the top teams in the American League East, the Yankees have a current record of 32-13.  In addition, this is there second straight win since the won against the Orioles last Tuesday in a 2-0 victory. During that game, JP Sears had his first win in his first start in the majors. At the moment they are 5 wins ahead of Tampa Bay.

According to sports betting news, Jameson Taillon will be on the mound for this game. His current record is 4-1 with an ERA of 2.95 and a 1.15 WHIP over 42.2 innings this season.

Then, we have the Tampa Bay Rays who lost last night to the Yankees. At the moment, they have a 26-18 record and have won 2 of their last 3 games. In terms of offense, they have made 191 runs this season. Furthermore, they have a batting average of .240 with an on-base percentage of .302.

According to sports news insight, Randy Arozarena is currently batting .257 with 4 homers and 18 RBIs for the Rays. In addition, Jeffrey Springs will be the starting pitcher with a 2-1 record. At the moment, he has an ERA of 1.32 and a 0.80 WHIP over 27.1 innings.

Tampa Bay has won 5 of their last 8 games and made 2 or more round-trippers in 10 games this season. In addition, they have won 54 of their last 79 games against an opponent from the American league East.