Construction begins for the Hard Rock Casino in Indiana

Hard Rock and Spectacle Entertainment to rise Hard Rock Casino in Indiana. Officials from both companies officially celebrated the groundbreaking Thursday. Also, the first land-based casino in Indiana to build away from a docked casino boat. Many as well believe that the casino will help transform and rebuild the city. Unsurprisingly, the launch event was graced with the presence of several known personalities.

Among the notable persons who attended the event were Tito, Jackie and Marlon Jackson. They are also known to be members of the Jackson 5. Their presence is quite a big deal for the operators. As expected, it made the event very memorable. They have kicked off the construction with shovels with guitar-style handles. 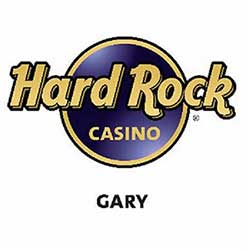 Hard Rock Gary Casino in Indiana is to replace two currently stationed Majestic Star riverboat casinos in Lake Michigan. A live dealer casino source told us that the construction teams would create a 200,000-square-foot facility over the next year. It includes 1,650 slots, 80 table games. Also, there will be six dining options, retail space, and a 2,000-seat Hard Rock Live entertainment area. Eventually, it will also add a hotel with up to 300 rooms.

Under an agreement, Spectacle owns the majority, including the license and property. On the other hand, Hard Rock International will be operating the casino.

According to an online casino tips site, this will be the 14th Hard Rock Casino in North America. Jon Lucas, chief operating officer of Hard Rock, said he is looking forward to returning to Gary to celebrate a milestone. He then promised that this new casino would be a first-class facility with a significant “wow factor.”

Also, Jahnae Erpenbach, executive vice president for Spectacle Entertainment, said that they are ready to rock the region. “As a Hard Rock destination, we are going to deliver unparalleled fun, excitement, and incredible entertainment value,” he added.

Plans to begin the construction of the casino and hospitality property have been public for quite some time. But there have been a few changes as the project progress. One of which is the rebranding of the proposed name from Hard Rock Casino Gary to Hard Rock Northern Indiana. Also, the change of the logo has made a lot of heads turn. Even so, the project is still much anticipated.