Finally, the English Premier League is back in action starting this today with Crystal Palace taking on Arsenal FC.! However, since most of our readers are Korean, we are giving them a treat for this football prediction.  In our Tottenham vs Southhampton FC Betting Pick, we analyze which team wager is the most profitable for you.

Soccer fans in Korea are especially eager to see how Son Heung-Min will perform this season after winning the Golden Boot. In addition, with the 2022 World Cup just around the corner, Koreans want to make sure he is at his best! 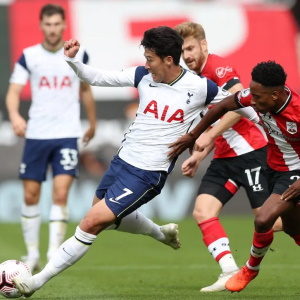 For this exciting matchup, Southampton FC will be visiting the Tottenham Hotspur Stadium for their first match of the season. Usually, the first matches of a football season are more difficult to predict accurately. However, for this game, football betting websites are confident about this game will end.

According to soccer analysis, Tottenham continues to be a powerhouse thanks to Harry Kane and Son Heung-Min. These two top scores have made 50% of the goals for Tottenham last season and are in great shape. In addition, Tottenham has the home team advantage and have a 22-5-11 record at home.

On the other hand, last season Southampton FC had 3-6-10 on the road. They are also 1-8-1 SU in their last 10 games. Furthermore, the preseason for Southampton did not go well after suffering a huge 3-1 defeat by Leipzig by 3-1. During that game, they had a week defense that Leipzig tore them apart when counter-attacking.

Bet on the Tottenham Hotspur at -1.5 pointspread

The Tottenham Hotspur is the better team and should have no problem defeating Southampton with this season opener. Online sportsbooks do not expect a tie game with odds at +439.

How to Read Sports Betting Odds

Using Multiple Sportsbooks to Get the Best Sports Betting Odds