Three years ago, Filipino President made an announcement about banning casino on Boracay Island. This is because he said that the people did not want a casino on the island. Today, the President of the Philippines had a chance of heart as Duterte Drops the Casino Ban in Boracay.

This is not the first time that the anti-gambling President made a policy change in regards to gambling. In July of this year, Duterte made an announcement about favoring online gambling to raise funds for the Pandemic response. According to local news, he even made an apology about his policy reversal stating the government needs the money.

Duterte Drops the Casino Ban in Boracay because of Financial Reasons 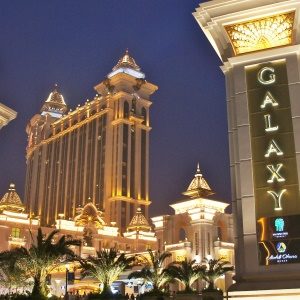 Boracay Island is a famous resort in the Philippines known for its white sandy beaches. Needless to say, several casino operators had shown interest in opening a casino there. In fact, Galaxy Entertainment had been given a provisional license by PAGCOR to open a hotel and casino on Boracay. However, in 2018, Duterte said he would not allow it by placing a gambling ban in Boracay.

Yesterday, the President said the government is still needs more funds because of the economic hardship from the COVID-19 pandemic. During the television address, he said,
“Forgive me for the contradiction We don’t have money now”. In addition, he said that he would get the money from available sources which happens to be gambling.

Now that the ban is gone, Galaxy and Tan’s Alliance Global Group plan on continuing their casino on Boracay Newcoast. According to online gambling in South Korea websites, PAGCOR is now once again receiving applications for casino licenses.While the ban on casinos in Boracay is no longer there, it is only for Boracay. Therefore, the ban remains for new casino in the Entertainment City zone in Metro Manila.

The change in policy from Duterte comes after a decline in revenue from the current casino resorts in the Philippines. Online casino gambling is difficult issue in the Philippines because of several incidents, Duterte is now seeing it as a necessary evil.

Play your favorite casino games at the VOBET online Casino and get a 10% cash bonus!