The country’s online gambling revenue reached €125 million in the second quarter. It was up from €68.7 million in the first three months of 2021. In addition, online sports betting revenue increased from €20.8 million to €67.5 million. It was due to the easing of pandemic restrictions. 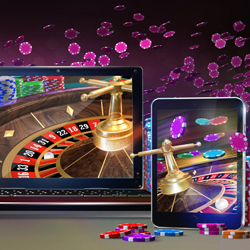 Football remained the most popular sport among Portuguese bettors. Likewise, the sport got 77.5 percent of all online sports wagers in the second quarter. Tennis was in second place with 9.6 percent of the market. In third place was basketball with 8.7 percent.

The online casino sector saw some growth, with its revenue increasing 20 percent to €57.5 million. Also, the amount wagered increased 25.2 percent year-over-year to €1.65 billion. Slot machines accounted for 76 percent of all casino wagers in the second quarter. Roulette came in second with 10.1 percent. In third place is blackjack with 5.4 percent.

A total of 151,900 new players registered for online gambling accounts in the second quarter. Also, 93,600 people self-excluded themselves from online gambling. It was up from 56,600 in the same quarter last year.

Retail gambling revenue was €30.6 million, an increase of 166.7 percent from the same quarter last year. However, according to sportsbook reviews, pandemic measures had retail gambling locations closed for almost the entire quarter. As a result, players opted for online gambling.

Revenues Rising Due to Online Gambling in New Jersey

What is a Future Bet?