LA will be the grand stage for NBA opening night when Lakers and the Clippers face each other at the Staples Center. Many NBA betting fans are excited about the Clippers vs Lakers matchup.

The two teams made significant moves in the off-season. Tuesday night will be the first of four regular-season games between the two teams. Finals MVP Kawhi Leonard will lead the Clippers, along with another fresh acquisition Paul George. As a result, sports betting odds are in favor of the team to win the title this year. 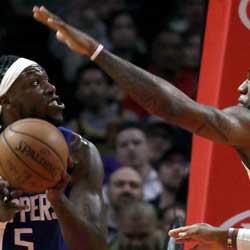 Leonard said the Clippers still need to know each other better on the court. However, he thinks that they are going to do well in the Clippers vs Lakers game. In fact, his mindset is to come out and win games.

On a sad note, the Clippers will miss the services of George, who is still recovering from shoulder surgeries. He will be out until November. However, the team can rely on Patrick Beverley, Landry Shamet, Montreszi Harrell, and Lou Williams to fill the void left by George.

If you love to bet on basketball, then you know the contributions the four players made in the Clippers’ playoff run last year before the Warriors eliminated them in the first round.

On the other hand, The Lakers acquired all-star center Anthony Davis during the off-season. He joins LeBron James and Kyle Kuzma in a relatively new Lakers roster. Davis can improve the team’s chances of getting back into the playoffs after failing to qualify for it for six straight seasons.

If both teams are healthy, the Clippers are the smart bet. However, the Lakers have an advantage in terms of talent in the opening night with George still out recovering from surgeries.