The Premier League is currently at a critical stage with 3 months left in the regular season. This is because it is a close race and teams are trying to break away from the pack. Therefore, every match counts and tomorrow will be no exception.  Thus, we present the pick with the highest chance of winning with our Wolverhampton Wanderers vs Aston Villa Betting Pick.

In this soccer betting matchup, the no. 12 ranking team is taking on the no. 9 team in the league. However, the big difference is that Aston Villa (9) is desperate for a win.  This is because they lost to Sheffield United 1-0 which could destroy their entire season. Can Aston Villa get the win or will Wolves prevail when they meet at Villa Park in Birmingham, England? 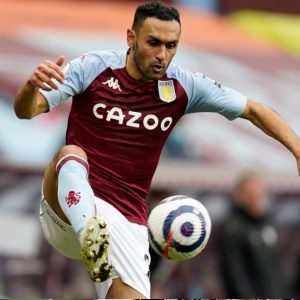 According to the latest sports betting odds, Aston Villa FC is the clear favorite to win this matchup. This is because despite losing against the worst team in the league, they are still a strong opponent.  In addition, some football handicappers believe that this loss is a good thing for gamblers looking for discount odds.

After losing their last match, Aston Villa currently has a 12-3-10 record for 2021. Furthermore, this season they have a total of 38 goals with 29 assists. In terms of defensive capabilities, they have given up 27 goals and have a+11 on the year for goal difference.

On the other hand, the Wolverhampton Wanderers FC are not look good after losing to Manchester City. In their last game, they lost 4-1 leaving them with a 9-7-11 record leaving them in twelfth place. During the match, defender Conor Coady made his first-ever Premier League shot after 103 appearances. According to iGaming Korea, this is the longest an outfield player took to take their first shot on target.

In their last 7 games, Aston Villa has not made more then 1 goal per game. The Wolves on the other hand, got a brace in just two of their last 8 games.

Aston Villa is the superior team and are looking to bounce back after losing to Sheffield. Many gamblers believe this loss was a fluke but it will still affect the confidence of Aston Vila. However, look for Aston Villa to take advantage of the weak defense of the Wolverhampton Wanderers. Therefore, we predict Aston Villa will win with a final score of 2-0