The triathlon abuse scandal snowballed in South Korea after the sport’s governing body disciplined the principal figures involved. The investigations now turn to the person that athletes called the doctor.

According to sports betting reports, Ahn Joo-hyeon was the team doctor of the semi-pro club. However, Ahn didn’t have a medical license.

The South Korean triathlon scandal began when a former triathlete of Gyeongju City Hall, Choi Suk-hyeon, took her own life in June. Before she died, Choi claimed that her former coach Kim Gyu-bong, two teammates, and the team doctor abused her verbally and physically. 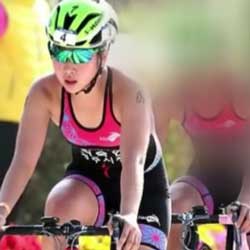 Choi’s former teammates came out and supported her allegations. Also, they offered more claims themselves. As a result, the Korea Triathlon Federation banned Kim and one of the older teammates for life. They suspended the other teammate for ten years.

Based on volleyball and basketball betting reports, the federation didn’t investigate Ahn because he wasn’t part of the team officially. Also, he was part of the team for a brief time during their overseas training.

The Korean Sports and Olympic Committee said that Ahn contacted the official handling the case last June 23. Also, he admitted to physical assault but claimed he didn’t do anything wrong. His acknowledgment came three days before Choi’s death.

Ahn claimed he slapped Choi several times after having a couple of drinks in New Zealand. However, he didn’t remember why he hit her. Also, Ahn told the KSOC official that Kim tried to stop him. He asked the KSOC to absolved Kim of any wrongdoing.