The Cleveland Indians will take on the Toronto Blue Jays at the Rogers Center at 7:07 p.m. ET.
It is a must-watch AL matchup. Also, take a look at our Indians vs Blue Jays betting pick for the game.

Shane Bieber will start for Cleveland. Although he had a bad game against the Royals by allowing seven hits, five runs, and four walks, the team still won the game. Starting for Toronto is Marcus Stroman. It might be his last start for the Blue Jays. According to MLB betting rumors, he might be traded away by next week. 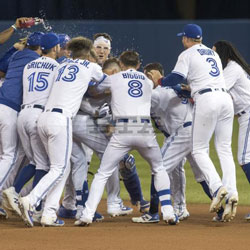 The baseball betting pick for the upcoming matchup has the home squad Blue Jays at +120 underdog to the Indians -141. In fact, Las Vegas bookies have the Over/Under for the game at 8.5 runs.

On the other side of the fence, the Blue Jays want a win after going 4-4 in their last eight games. Freddy Galvis leads the team with 103 hits and 47 RBI. Eric Sogard and Randal Grichuk added 167 hits and 73 RBI for the team. Starting pitcher is Marcus Stroman, who is 1-1 against Cleveland with 34 strikeouts and 3.15 ERA.

Although the Indians and Bieber have been good all season long, the Blue Jays have a better starting pitcher. Also, Stroman has a lot to prove to everyone, especially after the trade rumors.