When we talk about gambling news, we more often than not feature professional sports leagues. Specifically, the most popular, or, in baseball terms, the major leagues. It is a whole other market, but there is a lot of potential in keeping track of the minor leagues.

What does minor leagues have to do with sports betting, if there are no wagers? In some countries, minor league baseball has a presence in baseball news and sports betting. However, they rarely get as much attention as the majors. This is the case in South Korean baseball. 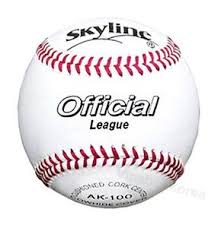 The minor leagues are a place for players who have the skills to play professionally, and their careers are important. And Lee Dae-ho from the Lotte Giants is now the president of the Korea Professional Baseball Players Association, and will promote the minor leagues.

Usually, the presidency of this group is selected from the top earning players from all of the KBO clubs. Lee won with overwhelming support. When asked about his goals, Lee talked about putting baseball fans first.

The minors league, also called the Futures league, currently runs as a farm for baseball players. They become a pool of players that can be called on the majors if the roster is not full. In addition, injured players or players who need more training usually do so with the futures leagues.

Of course, being the minor leagues, they do not get as much attention. But to those who are into the sport, and into sports betting, the minor league is a good source of information on club players.