It is another full week of KBO action. Last week, the Eagles surprised everyone when it won against the Dinos. There’s a lot in store for baseball fans this week, starting with the Doosan Bears vs SK Wyverns match.

The Doosan Bears have high morale going into the matchup after sweeping the LG Twins away from home. Also, they will face SK Wyverns, which have been performing poorly. Based on sports wagering reports, the Bears have been impressive offensively during their recent away games. Experts are expecting them to show their offensive prowess again this week. 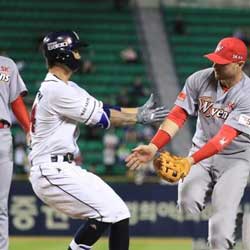 Chris Flexen will be the starting pitcher for the Bears. He wants to rebound from a poor showing during his first start against the Wyverns. During that game, he allowed three runs out of four hits in six innings.

Also, Flexen got his first loss of the season against Samsung. It was the game after he returned from an injury. It was his shortest stint at the mound this year with four innings. Another lousy mark on Flexen’s record is the number of walks he gave out in recent games. He walked 14 batters in the last five games as the starting pitcher.

Kim Tae-hoon will start for the Wyverns. At present, he is 1-3 with an ERA of 4.74. He hasn’t pitched against the Bears this season. However, he had a poor showing during his last five games. During his seven starts this year, he walked 23 batters. The betting odds are not in favor of Kim and his team.

Our sports betting pick for the game is not a surprise for KBO fans. Doosan Bears are the favorites, and they are most likely to win against the lowly Wyverns.