The KBO overcomes challenges to complete the season. It started during Opening Day, which was a time of uncertainty and anxiety due to the coronavirus. Thus, the KBO postponed the start of the season from March 28 to May 5.

Despite the delay, the KBO wanted to hold a complete 144-game season. As we advance to the present, the NC Dinos won the Korean Series against Doosan Bears. Also, teams played 144 games during the season. It was a significant accomplishment for the South Korean baseball league.

There are no questions about the legitimacy of the Korean Series title. The Dinos deserved the championship after going through a shortened but complete season. If there’s an asterisk for the Dinos, it would be for winning the Korean Series during a pandemic. 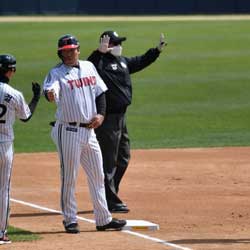 On the other hand, Major League Baseball managed to hold a 60-game season. According to sports betting reports, a labor dispute during the coronavirus left a bad taste in a time when people were losing jobs.

Also, baseball and basketball betting sources said that the MLB suffered coronavirus outbreaks despite the league-wide health protocols. On the other hand, the KBO had no cases of coronavirus infections among teams.

According to the KBO, it was a full team effort. They worked together with national health authorities to ensure players and staff are safe. Based on sports betting odds experts, players and their teams did their part to ensure the season’s success.

However, the league experienced some challenges along the way. Five teams had to cancel practices during the preseason because some players showed symptoms of the virus. However, their test results were negative.

Also, the KBO season started without any fans in the stands. Empty arenas became the new norm for professional sports. However, the KBO allowed fans to watch the games live starting July 26. However, crowds were limited to ten percent of the stadium’s capacity.