North Korea will not participate in the regional women’s football tourney that will take place in South Korea in December. North Korea told the East Asian Football Federation about its decision last September.

The regional women’s football tourney will take place in Busan from December 10 to 17. The Korea Football Association reaffirmed the Northern side’s decision during the qualifying match for the World Cup in Pyongyang a couple of weeks ago.

In an executive meeting last Monday, the EAFF confirmed North Korea’s absence in the tournament. The KFA will try its best to find out why the northern squad withdrew from the competition. 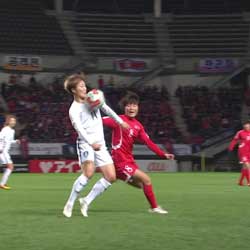 The EAFF E-1 Football Championship is a biennial tournament that has squads from North and South Korea, Japan, and China. North Korean women’s team won the last three titles of the competition. As such, organizers were surprised that North Korea is not sending a team to the tournament this year.

Sports wagering sites learned that Chinese Taipei would replace North Korea in the tournament. The team got second place in the qualifying round to earn the spot. The all-Korea game could have been a preview of the Olympic qualifying match that will take place in February.

Also, football betting fans are looking forward to the men’s tournament that will have South Korea, China, Hong Kong, and Japan. The men’s competition will be from December 10 to 18.

Soccer betting prediction sites are analyzing the matches for the Olympic qualifiers for women’s football that will take place in Jeju Island. Group A includes South and North Korea, Myanmar, and Vietnam. The qualifiers will take place from February 3 to 9.