South Korean golfer Lee Kyoung-hoon recently won his first PGA Tour event. After the milestone, he is eyeing another goal. According to sports news reports, Lee Kyoung-hoon is chasing an Olympic spot.

After his victory at the AT&T Byron Nelson last Sunday, Lee’s ranking went up to 59th from the 137th spot. The increase made Lee the number 3 South Korean male golfer behind Im Sung-jae at 23 and Kim Si-woo at 50.

The higher ranking is good news for Lee because he is now in contention for one of the two spots for his country at the Summer Olympics. The top 15 golfers in the world rankings automatically qualify for the Olympics. However, there’s a cap of four players for each country. 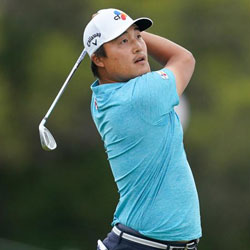 Also, each country can have two players if it doesn’t have at least two players within the top 15. Thus, the field would have a total of 60 players. In less than a month, Im already qualified for the Olympics. As a result, Lee and Kim will fight over the second spot.

According to sports betting sources, a win by An Byeong-hun, currently at 119th spot, would make him a contender for the Olympic spot. However, he missed six out of the previous seven cuts. Also, he dropped to the 119th spot in the world ranking during that period.

Based on betting odds, South Korean male golfers have been underwhelming compared to their female compatriots. South Korea has the top three female golfers in Park In-bee, Kim Sei-young, and Ko Jin-young. Also in the top ten is Kim Hyo-joo, who is currently in the 7th spot. They would make the south Korean contingent for the Olympics.

South Korea is the only country with that many golfers in the top 15. Park is the reigning Olympic gold medalist. Also, the four golfers are LPGA major winners.