Sun Dong-yol, the National South Korean Baseball Team Manager Resigns amidst the Asian Games Roster selection Controversy. In addition, the press conference announcing his resignation was held on Wednesday after his meeting with the KBO.

Furthermore, Sun said that he made up his mind to resign because he “couldn’t protect the players’ pride and honor”.

Even though South Korea won their third-straight gold medal at the Asian Games, it was an unpopular win in Korea. This is because the South Korean National Baseball team was uninspiring due to poor performance. As the only fully professional baseball team in the Asian Games, thought it would be an easy win.  However, the South Korean National team struggled throughout the entire tournament which led to public anger. 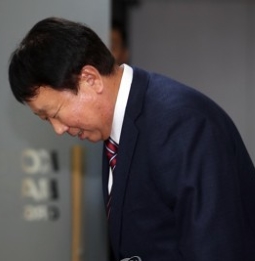 After their win at the Asian Games in Jakarta, a report was given to the Anti-Corruption and Civil Rights Commission. Furthermore, the report said that Sun was in violations of the anti-graft law by picking underperforming players. Thus, this led to a summons to a parliamentary audit session by lawmakers.

Furthermore, internet gaming news outlet said that Sun chose certain players to help them get exemptions from military service. According to Korean law, all healthy men in South Korea must serve for two years in the military.  However, athletes who win a gold medal during the Asian Games do not have to serve in the military.

After these allegations, Sun was hurt by the parliamentary audit because “sports should not be consumed for political reasons”. In addition, baseball betting experts say that Sun was disappointing because Chung made controversial statements during the audit.  This is due to Chung’s opposition to having a full time manager in charge of the national team.  This is in addition to Chung’s remark about Sun for scouting players by watching TV instead of going to ballparks.

Sun hopes that by stepping down, it will show that he is consistent with the commissioner’s beliefs.