One of the fixtures during Matchday 36 of the English Premier League is Chelsea vs Norwich. Chelsea is trying to stay in the top-four spot of the EPL. On the other hand, Norwich is on its way to relegation.

Norwich won only five games in the current season. They started the year well when it defeated Manchester City. Also, it led the Premier League after a couple of games. However, it found itself at the bottom of the standing soon after that. 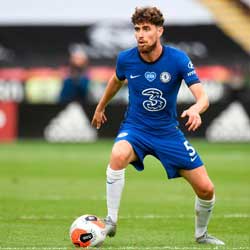 Norwich doesn’t have the quality to be part of the Premier League. Thus, it would get relegated at the end of the season, according to sports betting odds experts. It only has three games left to play before they leave the league. Sports fans are wondering if they are going to give up or try to make a statement in their remaining games.

On the other hand, Chelsea had surprising performances in its last two games. Two weeks ago, it won against Crystal Palace with a score of 3-2. However, it lost 3-0 against Sheffield United in its next game. According to sports betting reports, it was an awful loss of the club.

Based on sports betting pick sources, Chelsea is trying to maintain its top-four position in the EPL. As a result, analysts expect the team to solidify its defense in their remaining matches. With the lifting of Manchester City’s ban in the Champions League, Chelsea needs to stay within the top-4 spot if it wants to qualify.

Chelsea’s recent matches have not provided winning results all the time. However, they got many scoring opportunities. Although it had an embarrassing loss against Sheffield United, Chelsea can deliver a convincing win against Norwich.