If you happen to want to gamble without risking much, Keno is the best game for you. It is easy to play without having strategies to involve. Also, according to the best online casino Korea, Keno is one of the best games to play. Read through this article so you can learn and master the basics with our Keno tutorial.

Keno is one of the oldest games played in casinos and is very similar to a lottery on how both are represented. If your number is selected, you win! It is just as simple as it seems, and the game itself can be quite contagious.

Keno Tutorial – How to Play Keno

Keno is offered widely in traditional casinos. Also, online casinos offer Keno, whether it is in the form of video or live online casinos. Playing Keno is easy, but first, you must know what you need to get the game started.

To begin our Keno tutorial, players need to acquire a Keno card. Typically, it has numbers from one (1) to eighty (80). However, other places or lotteries have different versions of their cards. Some even have special bonus or jackpot cards in addition to their regular cads.

The drawn numbers are also visible on the bottom and as well as highlighted on the Keno card. Players are to predict numbers by selecting up to fifteen numbers. The wager amount stays the same regardless of how many numbers the player has chosen. 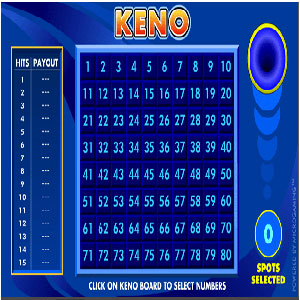 According to players on the online casino forum, playing Keno is very easy. Players select wager amount, which is on the top right of the Keno Card. The players will use their mouse to choose one to fifteen numbers on the Keno card or click on Quick Pick 10 to randomly select numbers.

To deselect a number, click the number again, and it will no longer be selected. When you choose or deselect the numbers, the paytable located on the upper left-hand side will change accordingly. Then click the Play RRR button.

Twenty (20) numbers will roll out at random. Once the 20 numbers have been rolled out, there is a table to the left of the Keno Card. It informs the players how many numbers predicted correctly according to the number of numbers chosen. The Total Bet amount and also the Total Payout amount.

If the player predicted a number, the Keno Card would show a star rotating on the number. The other numbers will be highlighted on the Keno Card. When all twenty numbers have been rolled out, players will be paid according to the paytable. It is on the upper left side of the Keno Card, resulting in the correct predicted numbers with a rotating star.

Players can use the same combinations and wager for another play. The player will have to click on the Play RR button again. If the players wish to use a different number(s), have to click the Clear button. It will be able to clear the selected numbers.

Pay Table – it is represented by odds. The actual amount paid out is the wager amount times the odds.

Clear – a button that removes all currently selected numbers on the selected Keno Card only.

Play RRR – starts drawing and rolling out numbers, and the button appears on the bottom of the screen. The numbers that the players have chosen will also be highlighted on the Keno card.