New Jersey is requesting the US Justice Department to declare online gambling legal. State officials thought the issue was settled until the agency reversed its stand during the Trump administration.

In 2011, the Justice Department ruled that the federal Wire Act didn’t ban internet gambling. After the agency made the ruling, New Jersey was one of the three states that legalized online gambling.

Last year, the coronavirus shut down casinos in New Jersey for several months. According to gambling news reports, online sports betting and live dealer casino sites allowed the state to weather the coronavirus outbreak better than other states. 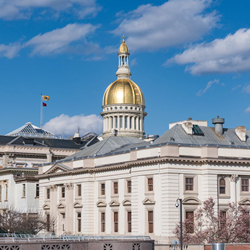 Under the Trump administration, the Justice Department changed its position on the Wire Act. They said that federal law prohibits online betting. At present, New Jersey and 26 other states asked US Attorney General to withdraw the Trump administration’s Wire Act decision. Also, they want the agency to return to the previous interpretation of the law.

According to gambling and sports news sources, President Joe Biden nominated Garland. The states want the Justice Department to remove any doubts regarding the legality of online gambling. According to New Jersey, its gambling industry would suffer huge losses last year without online gambling.

Online gambling is a vital aspect of New Jersey’s gambling industry. Thus, the state hopes the DOJ would stop backtracking on its Wire Act decision. Jeff Session, the first attorney general under Trump, said that he would revisit the DOJ’s ruling on the Wire Act during his confirmation hearing in 2017. Two years later, the DOJ announced its new Wire Act interpretation.

The new interpretation favored Sheldon and Miriam Adelson, who were top GOP donors. The couple spent almost $300 million in 2016 and 2020 in donations. The late Sheldon Adelson supported the Coalition to Stop Internet Gambling, a lobbying group that wants to ban online gaming.

Demand for Online Bitcoin Gambling is Growing in Japan