The schedule of the Korean D League, which is the country’s second professional basketball league, has been partially changed.

The Korea Professional Basketball Federation (KBL) announced on the 28th that they made changes to the D League schedule. It will start on November 4. However, the league changed the schedule for some games. According to basketball betting sources, the match between Hyundai Mobis and the Armed Forces Sports Unit scheduled for November 17 was rescheduled to December 22.

On the other hand, the game between Wonju DB and Seoul Samsung will push through at 2 pm on November 17. It will be the debut game for legend Kim Joo-seong as DB coach. 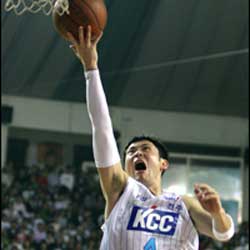 KCC coach Shin Myung-ho started his playing career in KCC in the 2007-2008 season. He remained with the team for 12 years and was known as Shin Stealer. He will also make his coaching debut in the game between Hyundai Mobis and Jeonju KCC on opening day.

To prevent the spread of Corona 19, KBL plans to run the D League starting on November 4 without fans in the arena. According to sports betting odds reports, the D League had a full league last season. However, it will be divided into two rounds this year.

After the two rounds, the top 4 teams advance to a single game. Then the semifinals and finals to determine the winning team. The final day of round 1 will be on January 4, 2021. Lastly, the last day of the second round will be on March 16.

Fans who bet on sports can wager on D League games every Tuesday and Wednesday.