The Steelers vs Patriots game in Week 1 of the NFL season will be a great game for fans. Some football betting experts are expecting it to be a preview of the playoffs as long as both teams can avoid any injuries.

However, Steelers’ offense is problematic during the preseason. This can cause several problems for the team in the regular season. Here’s our betting pick analysis of the Steelers vs Patriots game in Week 1.

Betting Prediction and Analysis for 9/8/2019 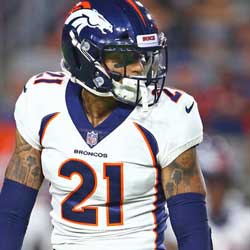 Roethlisberger will be back or another season for the Steelers. However, his health is not 100 percent as good as he used to be. Also, James Conner will be back for the team, after his impressive performance last season.

However, the Pittsburgh Steelers’ offense wasn’t excellent during the preseason. The team needs to rely on its defense to not give up points. However, their defensive backfield is already banged up coming into the new season.

On the other hand, the Patriots need to get on a good foot early to win the game. However, the betting odds are not in their favor. There are questions about the team’s depth. The good news is that the team still have some depth even though there’s an injury bug affecting its offensive line.

Although the Patriots are playing at home, they are facing a good Steelers squad. Brady needs good protection and more outlets to lead the team to a win. Although Patriots might win, they will fail to cover ATS 21-17.