The regular NBA season is over and now is when the action is getting even better!  That’s right its time for the 2019 NBA play offs where the best NBA teams are competing for the championship. Thus, IGamingKO.com wants to help you with your basketball betting picks with our 2019 NBA Play Off Rankings from our experts.

At the moment, the defending champions, Golden State Warriors are ready to defend their title to secure another consecutive championship. However, the Denver Nuggets and the Portland Trail Blazers are looking to take them down after securing a top-three position.

In the Eastern conference, the Milwaukee Bucks are at the top but the Toronto Raptors are right behind them in second place.  According to sports betting software analysis, the Philadelphia Flyers are the wild card after barely making the no. 3 position. 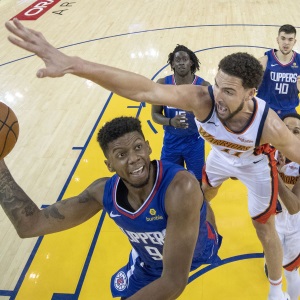 1. Golden State Warriors – The defending champions did not do so well this year in terms of record but their starting lineup is still very impressive. Whatever happens, expect to see them in this year’s NBA Finals.

2. Toronto Raptors – Even though they do not have the best record in the league, they are still a powerhouse. This is because they have a great combination of skills that makes them a strong contender for the championship.

3. Milwaukee Bucks – This season they have the best record in the NBA and are definitively a favorite for the Championship.

4. Philadelphia 76ers – the 76ers is probably the team with the most talent this year after the Golden State Warriors. In addition, the addition of Jimmy Butler and Tobias Harris has made them a truly hard team to defeat.

5. Denver Nuggets – The Nuggets rank second in the Western Conference and have one of the best defenses in the NBA.

6. Houston Rockets – Last season the Rockets were just one win away from the NBA Finals. This year, we expect them to do even better thanks to James Harden having an incredible season.

7. Oklahoma City Thunder – The Thunders have been making several changes to improve their team this year. This is because after an early elimination last year, they want revenge.

8. Boston Celtics – Even though the Celtics have been playing inconsistently throughout the season, they are still a good basketball bet this season

9. Portland Trail Blazers – The Trail Blazers were able to squeeze into the third seed this season giving them a decent chance at advancing.

10. San Antonio Spurs – This season should be different for the Spurs as they are not facing the Golden State Warriors for the opening round.

The rest of the teams in this year’s NBA playoffs do have a shot but they do not compare to our top 10.  However, here are the rest of the NBA rankings for a shot at the championship.

Bet on the NBA with VOBET, the #1 Sportsbook in the World