Although his term ended three years ago, Ex-US Ambassador Lippert remains as a representative for South Korean baseball. During his stay in South Korea, he became a fan of the Doosan Bears in the KBO.

The KBO is enjoying growing popularity in the US this month as ESPN shows six live games weekly. It is the only live baseball action on US TV. As a result, baseball fans have been watching the games even if they are unfamiliar with the players.

Lippert is proud to promote KBO to those who are curious or interested in South Korean baseball. He described KBO has great baseball with great players and action. Also, it provides baseball fans with something familiar but with a Korean twist.

Ex-US Ambassador Lippert and His Love for Korean Baseball 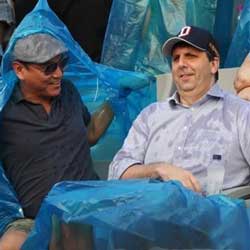 Based on sports news reports, Lippert said that KBO has something for everyone. It caters to baseball experts, casual sports fans, music lovers, foodies, or people who are curious about the culture.

According to a sports forum, Lippert is now a senior adviser for the Center for Strategic and International Studies. He said that it’s not hard to watch the weekday KBO games on ESPN, despite the time difference. The weekday game starts at 5:30 am EST, while weekend games start at 1 am or 4 am EST.

He said that he used to wake up early and watch games on Naver, which streams the games while making breakfast or walking his dog. He finds it more convenient to watch the games live on ESPN and read the updates on other KBO games on Naver.

US-based betting odds sites have already noticed the emerging popularity of KBO. The league’s exposure in the US will leave a permanent mark in the minds of Major League Baseball fans. They now know that there’s a professional league in Korea that deserves proper recognition even after the pandemic.