It is now Week 6 of the NFL season with already several teams standing out from the pack. At the moment, only the Arizona Cardinals remain undefeated with a 5-0 record. On the other hand, the worst teams in the NFL with no wins are the Lions and the Jaguars. This week’s prediction is our Seahawks vs Steelers Betting Pick which will make for an interesting matchup.

Both teams are 2-3 placing them near the bottom of the NFL rankings in the AFC and the NFC. However, in this matchup the Pittsburgh Steelers will have the home advantages with the game taking place at Heinz Field. Will this be enough to give the Steelers an edge on Sunday?  Let’s find out! 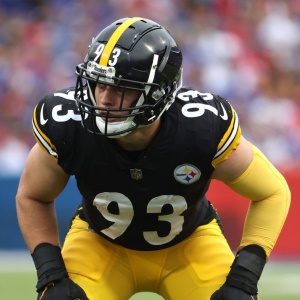 The reason why this will be a good matchup is because both teams are more or less an even match. However, the Seahawks lost their last match while the Steelers won their last match which could make a difference. Needless to say, sports betting websites made the Steelers the favorite team at -4 at the beginning of the week. At the moment, they betting odds are even higher in their favor and are now at -5.5.

Seattle lost last week to the Los Angeles Rams 26-17. In fact, they not only lost the game but also lost their star quarterback, Russell Wilson due to a finger injury. According to football betting insiders, he will be out for 4 to 8 weeks as his hand will require surgery.

While this is a heavy blow for the Seahawks, some football handicappers believe they can still cover the point spread. This is because they are a veteran team and their leading receiver, Tyler Lockett has 390 yards and 3 touchdowns. Furthermore, their leading passer is Geno Smith with 131 yards, one touchdown and one interception this season.

On the other hand, we have the Pittsburgh Steelers who have lost their last 5 of 6 game as the favorite. Many sports forum believe the odds in their favor is only the public over-reacting to Wilson’s injury. Either way, it is undeniable that the Steelers have the advantage and high moral.  Pittsburgh will be playing after winning against the Broncos 27-19 last week after a three-game losing streak.

This is a tough matchup to predict in terms of covering the spread for each team. This is because both teams are not at their best and a lot the scoring will depend on each team as a whole. Expect to see a conservative game.

There is one thing we can be certain of is that both teams have a history of covering the Under. Seattle has covered in the last 6 of 7 game for the under while on the road. In their last 4 of 5 games for the Steelers, betting on the Under led to money! Therefore, we expect he Pittsburgh Steelers to win with a final score of 23-16.