2 South Koreans Tied for 7th at US Women’s Open

2 South Koreans tied for 7th place at the recently concluded US Women’s Open. Thus, the nation failed to get a third straight champion at the major golfing tournament. Top-ranked Ko Jin-young and No. 2 Park In-bee finished at one-over 285 last Sunday.

According to KoreaWager.com sources, three other golfers had a score of one-over for the US Women’s Open. Yuka Saso won the tournament in a playoff when she went against Nasa Hataoka. 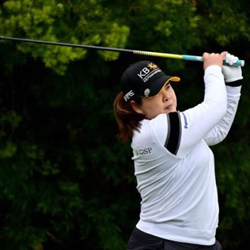 South Korean players won three out of the last four US Women’s Open titles. According to sports news reports, Park Sung-hyun won the title in 2017, Lee Jeong-eun in 2019, and lastly Kim A-lim in 2020.

In 2021, Kim A-lim missed the cut after getting 79 and 70 in the first two rounds. Lee Jeong-eun started the final round tied for third and four shots behind Lexi Thompson, the then-leader. However, Lee had one birdie and six bogeys to end up in 12th place with two over 286.

According to betting odds experts, Ko missed several birdie chances. However, she said she was happy with her performance during the last round. She added that she loves competing with the best golfers.

Park described the Olympic Club as monstrous. She noted that the hole locations were hard in the final round. However, Park failed to hit the ball well on the greens. Also, she missed many fairways. As a result, she is going to work on her swing to improve her game.

The next tournament is the KPMG Women’s PGA Championship in Atlanta, Georgia. Kim Sei-young is the reigning champion of the tournament.