According to betting odds experts, LG Twins and Kiwoom Heroes won all their games last week. The Twins narrowed the gap between them and the leader to four games. On the other hand, Heroes took third place at ten games behind SSG Landers. The team slipped to fourth place last week. 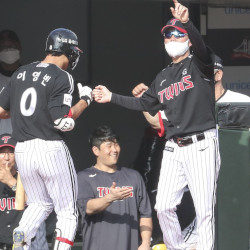 LG Twins began the week with a win against NC Dinos Wednesday. Their Tuesday game was canceled because of the rain. Also, they swept KT Wiz in the mid-week series. According to sports wagering reports, the Twins won against Lotte Giants on Sunday. There was a rain cancellation on Saturday.

It was not a good week for the Giants. The Heroes swept them at the start of the week. But, on the other hand, the Heroes had a good week. After sweeping the Giants, the team also swept Hanwha Eagles. Also, it got its fifth win against the top team SSG Landers on Saturday.

According to sports betting experts, KT Wiz had an intense week despite its two defeats at the hands of the Twins. The Wiz won against Doosan Bears Wednesday after the rain canceled their Tuesday game.

After the Twins swept the Wiz, the latter rebounded with its sweep against Kia Tigers. Unfortunately, the defeat capped another disappointing week of baseball for the Tigers. They started with a win against the Eagles Wednesday but split its midweek series against the Lions.