The current South Korean volleyball MVP Jung Ji-seok underwent a police investigation for supposedly assaulting his former girlfriend. According to online sports betting sources, the police questioned Jung for allegedly assaulting his ex-girlfriend. Also, she claimed he installed a hidden camera in their shared home.

The girlfriend reported the alleged assault to the police that led to the investigation. She posted a photo of a kneeling person on social media. Also, she posted pictures of a camera installed in the house and a broken smartphone. The ex-girlfriend accused Jung of breaking the phone and assaulting her. 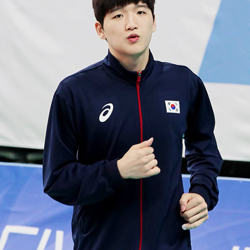 Korean Air Jumbos released a statement saying that they bow their heads and apologize to their fans for the troubles caused by the controversy. Also, they promised to be transparent with the follow-up reports.

Jung Ji-seok didn’t participate in team practices after the start of the investigation. However, he debuted in 2013 and is part of the national team. Also, his representative said they are checking the facts and will take legal action against people who are spreading false information.

Last April, Korean Air Jumbos won the V League Championship series. They won against the Seoul Woori Card Wibees. Thus, they achieved a double for the first time in their history. Unfortunately, the series went down to the last game of the best-of-five series.

The Jumbos got help from Yosvany Hernandez in the last set. He got two straight aces twice in the fifth set. Also, he scored a total of 27 points for the team. According to a volleyball betting in Korea site, the next V League season will start in October.