This Saturday, Arsenal FC is taking on Brentford FC at the Emriate Stadium in London. According to football betting experts, Arsenal will be out for revenge against Brentford after their 2-0 lost in August. Will they be able to succeed? Here is what our Football experts have to say with their Arsenal FC vs Brentford FC Betting Pick and analysis.

In the matchup, Arsenal could move further up the rankings with a win. A win would take them from sixth place to fourth place inte rankings. On the other hand, Brentford need the points to stay clear of the bottom places in the Premier League standings. At the moment, Arsenal is no. 6 in with a 12-3-7 while Brentford is no. 14 with a 6-6-13 record. 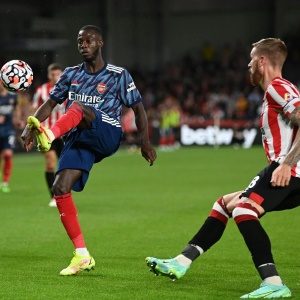 According to the latest sports betting odds, Arsenal FC is the clear favorite at -245 odds. This is because according to the English League table, Arsenal has a total of 39 points while Brentford has 24 points. Brentford is in dire need of a win in order to stop their winless streak.

In their last matchup, Arsenal won against Wolverhampton in a 1-0 victory. The goal was made by Gabriel just 25 minutes before the end of the match.

Arsenal has one win, two draws and two losses in their last 5 matches across all competitions. Furthermore, during that span f time, they have made 1 goal and let 3 goals pass by them. In addition, Arsenal has been held scoreless in four of its last five matches.

On the other hand, Brentford FC had a draw against their last game against Crystal Palace last Saturday. Online Sports betting websites have Brentford losing their last 5 of 6 matches. In addition, they have not been able to score in their last 3 of 6 games.

Arsenal is a clear favorite to win at home and they will focus on winning big. This is because they have been winless at home in their last 2 league games. Under the direction of Mikel Areta, they are in impressive form

Brentford can pack a punch on a good day but so far have come up short in their last 10 matches.  However, they do have a win a 2-0 win against Arsenal which will improve their confidence. Therefore, we predict Arsenal will win with a final score of 1-0