The Australian Football League will open its season on Friday, March 20, with the Essendon vs Fremantle match. Aussie Football defies the threat of the coronavirus by bringing exciting games this weekend.

Fremantle CEO Simon Garlick told VOBET that AFL’s decision to push through with the opening of the 2020 season provided a level of certainty for his team. Although the AFL will play the games, there will be no fans in the stands during the matches. 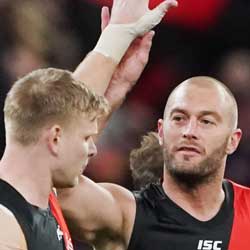 Essendon ended its 2019 season in eighth place and qualified for playoffs. However, they couldn’t go through the first week when they faced a much-prepared West Coast Eagles. Also, they ended the season with three defeats in the last four games of the regular season. Some analysts said those losses played a part in their defeat against the Eagles.

On the other hand, sports betting odds were in favor of Fremantle to land in the finals. However, they finished the season in 13th place on the AFL rankings. They lost eight of the last ten games to end the 2019 season with only nine wins. They ended up with 12 points away from qualifying for the playoffs.

As a result, Fremantle fired its coach Ross Lyndon. The team hired Justin Longmuir as his replacement. Although they want to put the lousy run behind as they open the new season on Friday, things are not looking good for the team. Soccer betting prediction sites reported that the Dockers lost Ed Langdon and Brad Hill that weakened their lineup.

The Bombers want to make up for its miserable end to the 2019 season. They lost four home matches last year and will likely win the game against the Dockers.

Bet on the AFL with KOBET, the best sportsbook in the world!