Here are our Glasgow Rangers vs Bayer Leverkusen predictions for their Europa League fixture on Thursday. The hosts want to extend their stay in the tournament. It is the only ray of light for the team in the last couple of months.

The Rangers hope that a packed stadium will inspire them to win against Bayer Leverkusen. The team scored 100 percent in all their Europa League fixtures this season. However, it is also the same as with Leverkusen. 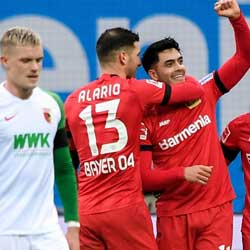 Based on sports news reports, the two teams scored three or more goals in the last three of their previous four knockout matches in the Europa League. At home, the Rangers made 12 shots on target and a total of 24 shots.

In the last round, the Rangers had eight shots on target for at the Ibrox Stadium. On the other hand, Leverkusen had six shots on goal during away games.

The Rangers had a tough couple of months. The team lost the chance to challenge for the SPL title. However, they are still in the running for the Europa League. According to football betting sources, the team has a great defensive line without a superstar as an anchor.

Also, the Rangers are a threat in the final third. The proof is their four goals against Braga. They do their best in Ibrox, where they have three wins and a draw In the Europa League. They scored seven goals, gave up three, and three clean sheets.

Our sports betting odds are on over. It is hard to ignore because the Rangers are good offensively at home during the Europa League. Also, Leverkusen failed to keep a clean sheet in their games against Porto.

Bet on the Europa League with VOBET, the best sportsbook in the world!