Jeonbuk Hyundai Motors have the highest payroll in the K-League

It’s that time of the year gain where the K League releases its annual players’ salary data.  According to this year’s report, the Jeonbuk Hyundai Motors have the highest payroll in the K-league. Furthermore, Jeonbuk also holds the title for paying its players the most money in the league.

This is of course not a big surprise to any Jeonbuk betting fans in South Korea and around the world. This is because most gambling websites believe that the teams with the best players are the most successful. Thus, it makes sense that the current reigning football champion in the K-League would have the biggest payroll.

Jeonbuk Hyundai Motors has been the dominant football club over the past few seasons with a ₩17.7 billion 2018 payroll. This is a ₩2 billion increase over last season when their payroll was at ₩15.6 billion. Thus, it is no wonder they have won 4 championship titles in the last five seasons! 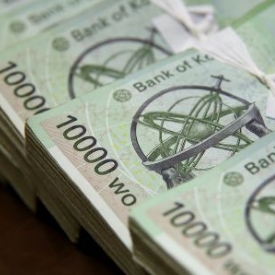 Even though the K League is made up of 12 teams, the report only shows the payroll for 11 teams.  This is because the Sanju Sangmu is a military club.  In addition, the report does not include money paid for playing with the Korean National Football Team.

Average Salary for foreign Players in 2018 came to ₩386.9 million

In terms of football player salaries, Jeonbuk Hyundai Motors once again made the top of the list.  This is because the five highest paid Korean players come from Jeonbuk. They are: