The end of the 2021-22 NFL Season is coming to an end on February 13, 2022 with Super Bowl LVI. This football betting season has been a rollercoaster of surprises and ending with two unlikely Super Bowl contenders. However, we cannot wait for the NFL Championship when the Los Angeles Rams take on the Cincinnati Bengals. Our Rams vs Bengals Betting Pick for Super Bowl LVI will analyze the odds of each team winning.

Early in the season, the majority of gamblers did not expect to see either team playing for the NFL Championship. While the Rams did have decent odds to win the Super Bowl at +1500, the Rams did not at +12000. According to betting odds, the Rams are the favorite team with a -194 money line and a -4 spread. The spread began at -3.5 and since has gone down to -4.5 at some sportsbooks. Needless to say,  the majority of the betting action is going towards the Rams winning and covering the spread. 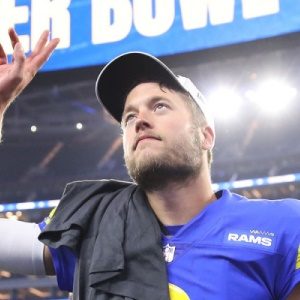 This year, SoFi Stadium in Inglewood, CA will host to Super Bowl LVI and giving the Rams the home advantage. For this matchup, the Cincinnati Bengals are the clear underdog. They enter finish the season with a 10-7 record and have never won a Super Bowl. Then, we have the Rams with a 15-5 record who have not won a Super Bowl in over two decades.

During the NFC Championship game, the Rams had an incredible victory after erasing a 10-point deficit in the fourth quarter. The end result was a 20-17 home victory against San Francisco and a shot at a championship ring.

According to online sports betting experts, this Super bowl will be the first time a Rams coach will be guiding the team to 2 super bowls.  Seeing at how close the playoffs games have been, the Rams can count on Matthew Stafford to turn things around.

This season, the strongest asset of the Bengals is QB Joe Burrow who has an excellent passing game and leadership. However, the many sportsbooks and gamblers are questioning whether their defense is good enough to withstand the Rams offense.

Bet on the Cincinnati Bengals at -4

While seeing an underdog win is always fun, we are here to make a profit from sports betting. We are confident that the Rams will win Super Bowl LVI. However, not so much as to them being able to cover the spread.

In this Super Bowl matchup, both head coaches are relatively young. Thus, we can expect some fairly conservative plays. Therefore, we predict the Los Angeles Rams will win but not cover the spread with a final score of 23-20.