This Friday, the Boston Red Sox are starting a three-game series against the Chicago Cubs at Wrigley Stadium. In this American League versus National league matchup, both teams have won their last game.  However, which team will reign supreme? Let’s find out baseball betting experts have to say with their Red Sox vs Cubs Betting Pick and prediction.

For this game, the Cubs will have the home advantage but will it be enough to beat the Red Sox? Sports betting websites do not seem to think so as they have the Red Sox as a -145 favorite. For baseball fans, this is not a surprise since the Cubs rank second to last in the NL Central league.

Here are the current baseball betting odds for the Red Sox and Cubs Betting Matchup according to the VOBET Sportsbook and Casino: 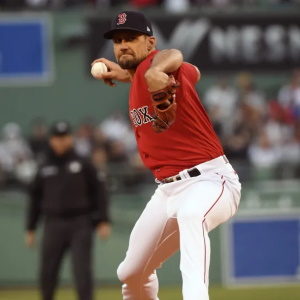 Despite losing the series against Toronto, the Red Sox have won 8 of their last 10 games. The Boston Red Sox currently have a 43-33 record after winning defeating the Blue Jays 6-5 last Wednesday. During that game, Boston OF Alex Verdugo, homered and drove in four runs during a 10 innings road victory.

Even though they will be playing on enemy territory, they had a day to rest before today’s game. This time around, 42 years old lefty Rich Hill (4-4 4.09 ERA), will make his fifteenth start of the season. In addition, the Red Sox have won 4 of Hill’s last five starts.

On the other hand, fans who like to bet on the Chicago Cubs have been having a hard time. This is because they have lost 26 of their first 41 home games. However, their hope lies on having right-hander, Adrian Sampson take the mound for this matchup. Sampson has a 1.69 ERA this season and a 2.54 ERA over the last 2 seasons. Through ten plus frames, Sampson has struck out ten batters and has not given up a home run.

In addition, Chicago’s bullpen is also strong in a few key areas. This includes a strikeout rate of more than 10 strikeouts per nine innings. That ranks in the top three of the National League among relief corps. Furthermore, they rank above the NL average in doubles, triples, stolen bases, walks and on-base percentage this season.

Chicago OF, Jason Heyward remains on the 10 day injury list with a right knee inflammation.

Boston has one of the strongest offenses so far this season leading the league in several categories. This includes ranking second in the league for runs pints and total bases. Therefore, we predict the Boston Red Sox will win with a final score of 5-3