Houston Texans had a good season last year, but they failed to win against Kansas City Chiefs in the divisional round of the AFC. This season’s kickoff game will be a Chiefs vs Texans rematch. Here are our predictions and betting picks for the game on September 10. 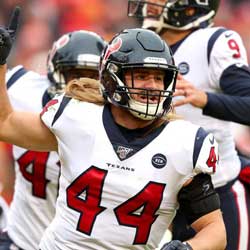 According to online sports betting sites, the Chiefs are nine-point favorite after opening at 10. Also, the over-under for totals is 54.5. Kansas City can cover it because Mahomes makes it hard for opposing defenses to stop him find the end zone.

The Chiefs quarterback was held with a TD pass in only one of the games last year. Also, he threw 36 touchdowns with seven interceptions, based on gambling reviews and news reports. In 2018, he failed to throw a touchdown in 18 games. However, he ran for a touchdown and got a total of 53 TD passes.

In 2019, wide receiver Tyreek Hill received half of Mahomes’ touchdown throws. Also, Travis Kelce got five. However, Hill got less than 1,000 receiving yards for the first time in three seasons. He gained 860 yards on 58 catches, but he missed four matches due to a clavicle injury.

Texans QB Deshaun Watson will miss not having DeAndre Hopkins receiving for him. However, the team believes that Brandin Cooks can fill the slot seamlessly. They got Cooks from the Rams for a second-round selection in the NFL draft.

Our betting pick is on the Texans. Although the Chiefs are enjoying their Super Bowl victory, Watson and the rest of the Texans will get their revenge on Thursday.