The NFL will have a champion on February 2 in Miami with the Chiefs vs 49ers game. Super Bowl LIV NFL betting lines opened with Kansas City as the slight favorites. After the 49ers won against the Packers, the Chiefs became 1.5-point favorites. Bookies set the totals at 52.5.

The two franchises will collide on Sunday. The Chiefs had to go through come-from-behind wins to reach the Super Bowl. As a result, many football odds makers favor them to win the title in Miami. 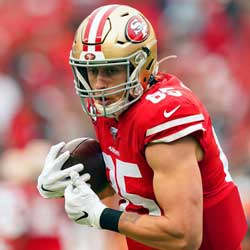 Kansas City was early favorites since the start of the season. However, Patrick Mahomes suffered an injury during the midseason that caused some problems for the team. Once the quarterback returned, the team got back on track. As a result, they got the number 2 seed in the AFC. It is the first time the franchise reached the Super Bowl since 1969.

Last season, San Francisco was the top pick. However, Jimmy Garoppolo suffered an injury that prematurely ended his season. Along with his departure was the 49ers’ hopes of winning the Super Bowl that year.

At the start of the season, NFL betting picks sites overlooked San Francisco. However, they finished the season with a 13-3 record and a first-round bye in the post-season. The team is looking to win its first Super Bowl since 1994.

The last time the 49ers played in a Super Sunday game was in Super Bowl XLVII that they lost to Baltimore. However, the current team and management are different from that time.

The 49ers are good and will keep the game close. However, the Chiefs will win it by a touchdown.

Bet on the Super Bowl with VOBET, the best sportsbook in the world!