Apple and Google are not against gambling in general but they do have a strict policy about publishing gambling apps. Furthermore, with the growth of the gambling industry, they have been increasing their restrictions and rules about real money gambling.  Thus, it is no surprise to hear that Apple and Google Remove Hundreds of Illegal Gambling Apps from their store.

According to Trend Micro, yesterday Apple and Google took steps to remove several hundred fake apps from their store.  This was done because their mobile threat analysis found several apps that were “inconsistent with their content”.  Therefore, these apps could easily turn into real-money gambling apps thus bypassing their rules and regulations. 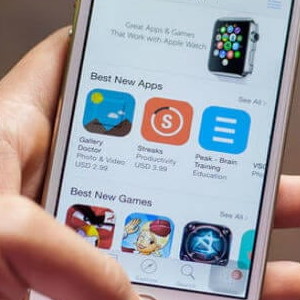 According to Best Gambling Websites, these apps were taken off their stores because they were hidden as non-money gambling apps.  However, once they took a closer look, they had completely different content.  Furthermore, this content would not pass their gambling rules and regulations.

Google and Apple only ban gambling apps that use real money in countries that have online gambling prohibitions. In order to bypass that, some companies will give the apps a different description.  However, once someone downloads the app, its content is totally different from the description.

These companies initially get away with it because they have a switch which allows them to hide its real content.  Thus, it will pass the initial test form Apple and Google. Once the apps pass, they will then switch the content of the app.

One disturbing trend is that some of the fake Apps are actually more popular then the real ones. These fake apps have been on the Apple store for quite some time but recent with Google Play.

In addition, the majority of these apps target clients from Asian regions with China in particular.  According to sports news, China has been cracking down a lot on online Sports betting and gambling recently. In fact, they have even been pressuring their neighbors to the Philippines and Cambodia to abolish online gambling.