Gaming loot boxes are back in the news and this time, it is from the House of Lords Gambling Committee. Of course, having More Loot Box Gambling Controversy is nothing new.  This is because in the past few years, many governments and organizations have been discussing the effects of loot boxes.

The consensus of several European governments is that eSports Betting Loot Boxes are a form of gambling.  Thus, the UK House of Lords Gambling Committee believes Loot Boxes need to be under gambling regulation laws.

More Loot Box Gambling Controversy with the House of Lords 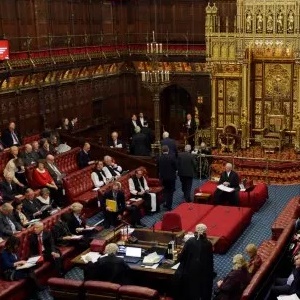 According to a report by the UK House of Lords Gambling Committee, video game loot boxes are a form of gambling.  This is because they are seen as a game of chance which bring them under the Gambling Act of 2005.

According to the report, “If a product looks like gambling and feels like gambling, it should be regulated as gambling”. Furthermore, the House of Lords believes that they need to act on regulating loot boxes now and not later.

According to sports news coverage, Loot boxes have been a controversial part of video games for a long time. This is because they offer gamers the option for a random reward when they open it.  However, in many cases, they must pay real money to acquire a Loot Box. Thus, according to some sports betting odds providers, they are seen as a form of gambling.

Furthermore, Lord Grade who is the chairman of the committee said that loot boxes teach kids how to gamble. According to the latest research, there is a connection between loot boxes and gambling. However, it does not show that there is any link between buying a loot box and problem gambling.

The report also says that ministers should make new regulations to include loot boxes as games of chance.  Furthermore, it would also include any similar paid items of chance for real money like FIFA Player packs.

Bet on eSports with VOBET, the best sportsbook in the world!