For this Week NFL Week 8 Monday Night football game, the Cincinnati Bengals are taking on the Cleveland Browns. This football betting matchup will be taking place on Browns territory at the FirstEnergy Stadium. In this AFC North matchup, will the Browns break their losing streak or will the Bengals reign supreme? Let’s find out what our football betting experts have to say with our Bengals vs Browns Betting Pick and analysis!

The latest NFL standings have the Bengals ranking second in the AFC North while the Browns are in third place. Therefore, it is no surprise the betting odds for this matchup has the Bengals as the favorite team at -3.5. Interestingly enough, the point spread began at -2.5 and is now -3.5 despite Cincinnati playing on enemy territory. In addition, the Bengals are -165 on the money line making it an unattractive wager considering the odds of winning. 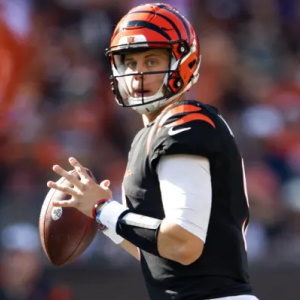 The Cleveland Browns have not had much luck as a contender this season. Many blame this on Browns QB, DeShaun Watson’s 11-week suspension for sexual misconduct. The Browns currently have 2-5 record after losing to the Ravens 20-23 last Sunday. Furthermore, this was their fourth loss in a row an they are looking to break that losing streak.

QB Jacoby Brissett led the Browns with 2 victories in their first 3 games. However, things have not been going well for him since his last victory. The Browns are 2-4 against the spread in the last 6 games, while the Over is 5-2 in 7 games.

Last Sunday, Cincinnati made 28 points in the first half against Atlanta and won the game 35-17 at home. Furthermore, they did not allow Atlanta to score once during the second half which is becoming the norm for them. During their match against the Falcons, QB Joe Burrows had a total 0f 481 passing yards and three touchdowns.

Needless to say, the Bengals offense is getting better after starting off slow at the beginning of the season. Furthermore, they have scored over 30 points in their last 2 games and sports betting fans are counting on it.

Bet on the Cleveland Browns at +3.5

The Browns swept the season series against the AFC champion Bengals last season. However, this season feel very different for the Browns.  They Browns do have the home advantages while Bengals QB, Joe Burrows has never beaten the Browns in his career.

For this matchup, the Bengals have many injuries on their defensive side and will struggle to contain Nick Chubb. This will certainly be a close game. Therefore, we predict the Cleveland Browns will win and cover the spread with a final score of 24-23.