Son Heung-min scores 2nd straight goal for his country. However, the squad failed to win the game. Instead, they earned a point for the 1-1 draw against Iran. Son scored at the 48th minute to get South Korea the lead over Iran in the qualifying round.

Last week, Son scored the winning goal in the 89th minute to help South Korea win against Syria. According to sports news reports, Son scored what seemingly South Korea’s winning goal against Iran. They thought they secured their first win in Tehran. However, it wasn’t meant to be.

Alireza Jahanbakhsh broke Korean hearts when he headed in the ball to win level the score at 1-1. Iran had another goal opportunity two minutes later. Unfortunately for the Iranians, the ball hit the post. According to sportsbook reviews, South Korean substitute Na Sang-ho had the chance to score the winning goal. However, he missed it. As a result, the game ended in a draw. 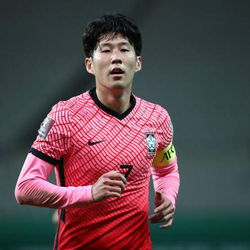 Son apologized to South Korean fans for not securing the victory. Also, he added that the match was a learning experience for the national football team. They learned how to play with a lead. Also, they overcame challenges they faced throughout the game.

Iran was a powerhouse, and they were playing at home. Therefore, South Korea had to work hard to achieve the result. At present, the Taeguk Warriors have five losses and three draws in Tehran. Iran outscored them 11-4 in eight games. Also, Son is only the third South Korean to score in Tehran.