We are now in Week 13 of the NFL season and teams are starting to feel the pressure. With only a few games left in the schedule, things are heating up for both players and gamblers! For this week’s betting pick, we got to the Bills Stadium to see the Buffalo take on New England. As always, our Bills vs Patriots Betting Pick will analyze and predict which team will win!

In the AFC East, the New England Patriots and the Buffalo Bills are fighting for supremacy. This is because The Patriots are leading the pack 8-4 while the Bills are right behind with a 7-4- record. Therefore, the winner of this game will lead the pack. 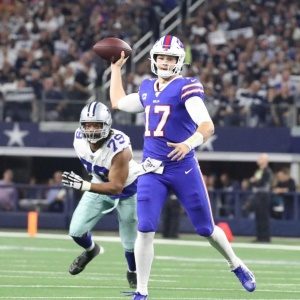 In this matchup, the online sports betting sites have the Bills as the favorite team with a -2.5 spread. Fit is not often that a Monday Night Football game is the main even in the NFL schedule. However, it does happen and this is it!

After moving to a 7-4 record last Thursday with a 31-6 victory of the Saints, the Bills working hard. This is because their 14-15 loss at home against the Colts 2 weeks ago is still on their mind. Needless to say, they do not want a repeat of it especially when they play against the Patriots at home on Monday.

According to Sports News coverage, the Bills lead the league in total defense. As long as their defense can hold, they can take the lead in the AFC East standings. During their last game, the Bills shutout the Saints for the first three quarters. Furthermore, QB Josh Allen threw for 260 yards with 4 touchdowns.

On the other hand, for the Patriots, this is a game they cannot lose.  While the Bills are the defending division champions and the AFC Runner-up, the Patriots have been playing better lately. They seem very confident since they won their last 6 games by an average of 24.7 points.

During their last game, the Patriots won 36-13 against the Titans. In addition, Mac Jones had 310 yards in passing with 2 touchdowns while Nick Folk made 5-of-6- field goals. Overall, New England leads the league in points per game. and only one of their last 6 opponents was able to score over 20 points.

Buffalo will not have CB Tre’Davious White for the rest of the season due to a torn ACL. This game will have 2 of the best defenses in the league keeping the score close. Therefore, we predict the Buffalo Bills will win with a final score 20-17.