After 16 years in Major League Baseball, Choo Shin-soo returns to KBO. Also, he will qualify to play for the country at the Summer Olympics. Choo signed a $2.4 million deal with the SK Wyverns. Furthermore, the Wyverns will change its name after E-Mart took over the KBO franchise.

Choo is one of the most successful South Korean hitters in the Major League. He generated a lot of hype before the start of the KBO regular season on April 3. Also, Choo will arrive in South Korea on February 25. However, he needs to complete a 14-day quarantine before he can join his team.

Besides playing with the KBO team, Choo is qualified to represent South Korea at the Summer Olympics in July. According to sports betting sources, Choo can’t compete in the Olympics if he stayed in the MLB. The league and the World Baseball Softball Confederation said that veterans couldn’t be part of the Olympics. 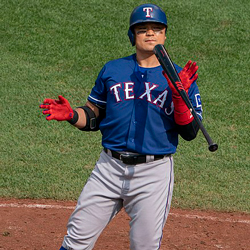 Choo last represented his country at the 2010 Asian Games. He went 8 out of 14 with three homers and 11 RBIs in five matches. Also, he was one of the reasons South Korea won the gold medal.

According to Korea Sports News reports, Choo played for the Cleveland Indians in 2010 when the team allowed him to play for the Asian Games. He earned an exemption from mandatory military service after the gold medal win. Thus, he played in the MLB without any breaks.

Based on betting odds experts, Choo couldn’t play in the next two Asian Games. Also, the Olympics dropped baseball after the 2008 Summer Games, where South Korea won the gold medal. Thus, 2020 is the return of baseball in the international event.

South Korea’s initial roster didn’t include Choo. However, South Korean baseball officials said that he could be part of the roster if he wants to.

Previous Post What is a Teaser Bet and How to Bet on Teasers?
Next Post The Best Online Casino in Korea for 2021