NFL Week 1 was as exciting as could be and now it’s time for some Week 2 sports wagering action! Despite some surprising results, week 1 was within our expectations.  Thus, we want to continue this trend with a Seahawks vs Patriots Betting Pick. This is because we like a challenge and many football betting picks experts are torn with this matchup.

First off, the New England Patriots is the team everyone loves to hate.  However, this season is different as they have a new starting quarterback. Therefore, sports betting odds websites have them as the underdog this year at +4. However, is this really how the game will go? 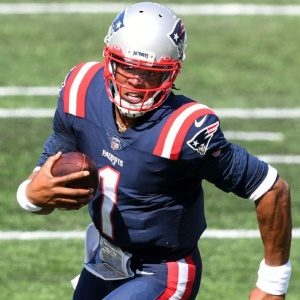 This time, the Patriots will be the visiting team as they take on the Seahawks at CenturyLink Field in Seattle. According to sportsbook software providers, the Patriots currently have a 1-0 record after defeating the Dolphins 21-11.  Furthermore, Patriots quarterback Cam Newton did very well for the first game of the season connecting 15 of 19 passes.

According to football betting operators, New England had excellent defense against the Dolphins.  This is because they were able to hold them to 11 points and a total of 269 yards of offence. Furthermore, the Patriots had several players that had stellar performances.  These include WR Julian Edelman who is Mr. Reliable wit 5 catches for 57 yards.

On the other hand, the Seattle Seahawks are in top shape also coming in with a 1-0 record. In addition, they won their last road game by defeating the Falcons 38-25.  The Seahawks quarterback, Russell Wilson did an amazing job completing 31 of 35 passes for 322 yards and 4 touchdowns. Furthermore, D.K. Metcalf their wide receiver is in great shape after receiving for 95 years and 1 touchdown. Chris Carson is also doing well with 6 receptions and 2 receiving touchdowns in their last game.

Bet on the Seattle Seahawks at -4

The Seattle Seahawks have an excellent team this season and their performance so far, proves it. In addition, according to VOBET Sportsbook, they are one of the favorite team to win the Super Bowl this season. While the Patriots won against Miami, it was not a spectacular win and they no longer have Brady.  On the other hand, while Seattle may not have a strong defense, they have an all-around good team.  Thus, we predict that Seattle will win and cover the spread with a final score of 27-20