First Round of the KBO Playoffs – Kiwoom Heroes against LG Twins

This weekend Korean baseball fans around the world are finally going to see the First Round of the KBO Playoffs.  It’s been a very interesting season so far with many baseball betting predictions that were far off the mark. One such example is the Doosan Bears winning the 2019 pennant by defeating the NC Dinos 6-5.

Thus, tomorrow, the Kiwoom Heroes are taking on the LG Twins at the Gocheok Sky Dome in Seoul.  According to sports betting odds services, this will be a rivalry game to watch.  This is because we have two teams from different parts of Seoul playing against each other.  Furthermore, this is the first time these two will play against each other in the postseason since 2016. 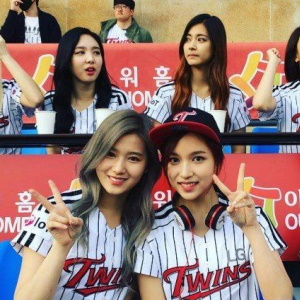 LG Twins betting fans are very happy that they made it to the playoffs after winning the wild card spot. However, the real test is playing the First Round of the KBO Playoffs against a team with an 86-57-1 record.

Since their last meeting in 2016, both clubs have new managers, a different roster and even a different name.  Thus, many baseball betting pick experts are expecting a different outcome.

However, Kiwoom Heroes betting fans do get to see a familiar face will be on the roster.  This is because first baseman Park Byung-ho is back with the team after leaving for the Minnesota Twins in 2016. Furthermore, Park is a huge asset to the Heroes as he led the KBO with 33 home runs this year.  This is in addition to being the only player to go deep more than 30 times.

Of course, Park is not the only offensive player for the Heroes.  This is because they also have top runners with Jerry Sands, Kim Ha-seong and Lee Jung-hoo.

The LG Twins on the other hand may not have an all-star team but can hold their own. This is because they have a strong number of pitchers on their roster that have top ranks in the overall ERA. According to Price Per Head Sportsbook operators, Tyler Wilson will take the mound for the first game of the series.

Bet on the KBO Playoffs with VOBET, the best sportsbook in the world!