Evolution Rebrands with a Possible Game Release of Craps Live

Evolution rebrands and taken steps to change the corporation from Evolution Gaming to Evolution. It is following the take-over bid of the gaming giant, NetEnt announced late June 2020. According to casino reviews, Craps Live could be the first title to be released under the new brand.

The rebrand will see the company officially changes its name to one that feels better reflects its operations’ diversity. It is also to represent the firm’s activities within the gaming industry more accurately. The company’s rebranding to Evolution will reflect the company’s vision, along with its gaming products and offerings.

Evolution Rebrands to Reflect Its Vision as a Company 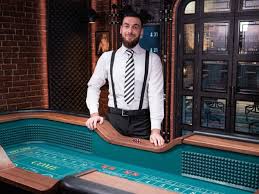 Evolution rebrands to reflect better the vast array of services and activities associated with Evolution. This includes state-of-the-art studio design, software development, and technology innovation. Also, effective immediately, the new brand and logo will appear across all digital platforms. Wherein it includes communications and statements by the firm.

The legal entities of the corporation, however, will not change straight away. The proposal will be put forward by the Board of Directors to legally change the name at the company’s annual general meeting on April 16, next year.

A crucial part of its growth is due to the expansion of the live offering in mature and new markets by its existing customers. To meet the increasing demand for Live Casino, Evolution has focused on growing its global presence, which has a strong presence in Europe, where their teams work with the majority of leading operators.

Recently, it has seen strong growth in particular within the US. Over the past year, it has doubled its capacity in its first US studio in New Jersey. And including a plan to enter into the neighboring state of Pennsylvania. They have also become the first Live Casino provider to be licensed in the state, securing a prior waiver status in September 2019.

The Best Online Casino in Korea for 2021