It’s only been two weeks since the start of the NFL season and some teams are not looking good. While it is still early to tell how the rest of the season will go, one thing is for sure. Some teams need a win this week if they want a chance to turn things around. This week, we go over one such team with our Seahawks vs Vikings Betting Pick for Sunday afternoon.

According to football betting experts, NFL Week 3 is important for NFL teams as they try to setup their hierarchy. At the moment, the Carolina Panthers reigns supreme as the only team with a 3-0 record. While the Seahawks and the Vikings cannot hope for a flawless season, they are still hopeful at making the playoffs. Needless to say, each team is hoping to win this matchup to get them closer to their goal! 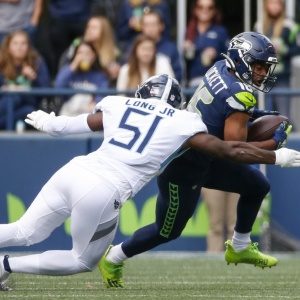 For NFL fans, this matchup should be one of the best ones to watch this weekend. This is because the Seahawks are playing after a 33-30 heartbreaking loss to the Tennessee Titans in overtime. The Vikings also took a 33-34 loss against the Cardinals last Sunday and will have the home advantages. Needless to say, both teams are looking to redeem themselves after losing their last game by a small margin.

According to the latest betting odds, The Seahawks currently have a 1-1 record and are having problems running the ball. During the loss against the Titans, they went into the second half 24-9 but fell short of a win. Furthermore, the rushing attack saw Chris Carson carry the ball 13 ties for only yards and 2 touchdowns.

Seattle QB, Russell Wilson had a nice performance throwing for 320 yards and 2 touchdowns. However, if the past is an indicator, the team does better when Wilson does not have to throw as much. In terms of defense, they did allow a total of 212 years get by them leading to 3 touchdowns.

As to the Minnesota Vikings, despite having an 0-2 record they loss each game by a very small margin. This is probably why the initial odds had them as the favorite team to win with the home advantage. However, due to the public perception the odds are now at -2 for Seattle.

For wagering experts that like to bet on football, they believe that Dalvin Cook will give them the edge. This is because he is coming off a 131 yard per game with a chance to gash the Seahawks.

Bet on the Seattle Seahawks at -2

Minnesota fans are hoping that this week the Vikings will get their first win of the season. They do have a good offense and will definitively make Seattle work hard for a victory. However, Wilson should be able to systematically destroy their defense.

The Vikings’ is allowing 371 yards and 3 touchdowns per game. Therefore, our NFL football betting prediction has the Seattle Seahawks winning with a final score of 34-21.