The Commonwealth Casino Commission will hold hearings in March. Their plan is to revoke the IPI casino license in Saipan. The company has an exclusive license to operate a casino in the territory.

The CCC announced the plan during its latest meeting with the troubled casino operator. According to a casino forum, IPI failed to fulfill the regulator’s enforcement actions. As a result, their license is up for revocation.

Andrew Yeom, executive director of CCC, said that they scheduled the hearing for the topic. Also, they think they will come up with a decision by the end of March. The regulators are consolidating the report on enforcement actions. Also, they are looking for the revocation of the license. 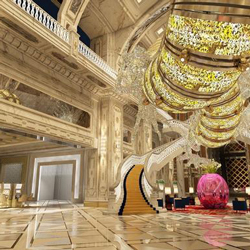 Yeom filed the initial complaints against IPI in April 2021. According to the regulator, the casino operator failed to comply with specific requirements of its license agreement. As a result, it could not pay the annual license fee of $15.5 million in August 2020. Also, it failed to pay the annual regulatory fee of $3.1 million in October 2020.

In addition, IPI failed to remit its contribution to the community fund in 2018 and 2019. The amount is $20 million each year. Lastly, the company could not comply with the required minimum capital requirement of $2 billion. Also, it failed to pay the money it owed its vendors.

According to live dealer casino games suppliers, the CCC suspended IPI’s license last May. Also, the regulator gave the casino operator six months to pay the casino license fee and regulatory fee. In addition, the operator needs to pay a fine of $6.6 million.

IPI failed to pay any of the fees. As a result, the regulator is preparing to revoke its license permanently. According to the sources of the best online casinos, the regulator will also look at the operator’s previous dealings with local officials.